Please select the department you require

After completing a degree in Biology at Exeter University, I worked in Fund Management in the City. After about four years, I decided on a career change and retrained whilst teaching at Stowe. In 1995, I was appointed a Housemaster and in 2003 took up the Headship of Saint Ronan’s. Other experiences include being a Governor of three schools, a School Inspector and a GCSE coursework moderator. For a while I was also a Lieutenant in the Naval Reserve!

Being Headmaster keeps me busy and involved in all that goes on.

I love gardening, walks in the country, local history and spending time with the family.

After leaving school I studied Marine Oceanography at Plymouth University. Thereafter I skippered several yacht deliveries before deciding to embark on a career in the City. I completed a Diploma in Technical Analysis before taking up a job on the floor of the London Metal Exchange. It didn’t take long for me to realise that I was not cut out for the city! I returned to the sea as a Hydrographical Surveyor, eventually being responsible for a team producing detailed 3D maps of oil wells. After developing appendicitis whilst three hundred miles off-shore, and all the complications this created, I decided to pursue my lifelong dream of training to be a teacher!

As well as being Head of Chemistry, I am the Pastoral Deputy Headmaster. This involves ‘being in charge of Minuses’ (as the children say!). I am involved in the non-academic side of the day to day running of the school. I also teach games and have been involved in the setting up and running of our very own farm.

I enjoy all outdoor pursuits but most especially sailing and walking. Unfortunately, with three children, the time off I have for these things is limited! I’m a keen, but not very knowledgeable, gardener and like to think I’m pretty good at DIY!

Head of Nursery and Pre-Prep


Life before Saint Ronan's
I grew up in the beautiful South African winelands, in a village called Stellenbosch. My best memories of school are of being outside, climbing mountains, canoeing down rivers, swimming in streams and playing sport with my friends. I moved to the UK with my husband in 2002 and we spent our first six years in London teaching in a Prep school. I taught Year 2 and Reception during these years.

Roles at School
I am Head of N&PP and Class teacher to the Otters on a Friday and the Hedgehogs on a Monday.

Away from the Classroom
I love scuba-diving and any sport related to water! I love sunshine and sand and try to spend as much time as possible with my family, running through waves or exploring in rock pools. Dale and I met on the Orange River while doing a six day canoe trip and this is still one of our favourite activities. I love to travel and experience new cultures and places. Being a teacher has allowed this love to become real and it is wonderful being able to bring my experiences to my classroom. Recently I fed stingrays at Struisbaai Harbour in South Africa and it was glorious to show my Reception class the clip of this during their ‘Sea’ topic.

I grew up on the cricket and rugby fields a few avenues down from Newlands, in the shadow of Table Mountain. I went to Rondebosch Boys Prep School, where I excelled at being naughty. At senior school, both my older brothers were prefects but the only time I visited the Headmaster was for a hiding. During my gap year I delivered pizzas, pumped petrol, coached sport and discovered a passion for white-water kayaking and canoe expeditions. After graduating from the University of Cape Town, I taught at South Africa’s oldest school, SACS, for two years. Highlights of my time at SACS included water polo tours to the Eastern Cape and surf camps up the west coast. I met my wife Andrea on the Orange River in Namibia, where we both led 6-day river expeditions into the desert, sleeping by the fireside under the stars. In 1999 I represented South Africa at the Touch Rugby World Cup in Sydney. In 2001 we moved to London. I was Head of PE and Sport at Fulham Prep School and Andrea taught Reception at the Pre-Prep. Highlights included trips to Rome, France, the Lake District and an annual U10 rugby tour to Cornwall.

In September 2008 I joined the Saint Ronan’s as Head of Geography and in 2009 I was given the additional roles of Key Stage 3 Co-ordinator. I enjoy being part of a busy prep school and so I try to involve myself in many aspects of this great school. A particularly enjoyable activity is being part of the Boarding team – the boys sing “Mr Bright, Mr Bright – has come to turn off the light!” The Games afternoons are another bonus, with football and cricket being particular favourites. I am setting up school swimming squads and am an Upper Form Tutor. Sometimes I even get to go skiing!

I love spending time with Andrea, Rachel and Matthew. In the summer we usually set up our tent on the banks of the Tarn River in France and then explore the Pyrenees or Alps. At Christmas, we try to visit Cape Town to see our families and to catch some surf and sun. I enjoy playing Touch Rugby for England and I like bike-riding in Bedgebury, gathering blackberries, braaing, snorkelling for crayfish, going to church, listening to lions and hyenas during Kalahari nights, star-gazing and watching whales from the cliff path in Hermanus.


Life before Saint Ronan's My teaching career began at Saint Ronan’s but before that, I worked at Philips Electronics in their Research & Development Laboratories in Redhill. Roles at School Amongst other things I look after the school’s IT systems, edit the school magazine (“The Ronian”) and am involved with all things Alumni related. I also enjoy being involved with the technical side of drama productions. Away from the Classroom I have a close connection with South Africa and like to visit every other year or so. Otherwise, I spend much of my time developing my appreciation for Real Ale.

I attended the College of St Mark and St John in Plymouth, where I gained my teaching degree. My first job was at Maiden Erlegh School, Reading, where I spent two years before heading to the mountains of France to work for the British Ski Academy in Chamonix. This was a great experience and, as I was keen to explore further, I then travelled to the Southern Hemisphere for another year with Rachel, to whom I am now married. Eventually we decided that we should come home and that decision led to teaching jobs in and around Tunbridge Wells for a few years, before I arrived at Saint Ronan’s.

I am Head of Boys' Games at Saint Ronan's. This has been great fun and the school has grown in size and facilities. After a couple of years, I became the resident Housemaster and it is these two roles that combine to keep me busy. I am also lucky enough to run the Year 8 Leavers' Expedition to Bude every summer.

Being a PE teacher, my interests tend to be on the sporty side! I still try to play tennis once a week and enjoy skiing. Over the last few summers I have been learning to surf and, when I have the time, I love going to watch Brighton and Hove Albion (who I'm sure will be in the Premier League soon!!)

I was educated in Shropshire, in a remote boarding school, where I spent many happy days playing the piano and flute and representing Junior England in lacrosse. On leaving, I went straight to Oxford Brookes to read Politics and Music and headed to London in 1993 to do my PGCE at Froebel College, followed by my SEN Diploma in 2005. After teaching in London for ten years, I moved to East Sussex as my husband is a doctor in Rye. I started teaching at Saint Ronan’s in September 2003.

Running the Learning Support Department is an incredibly rewarding job and I love seeing the children progress through the school. I teach English to years four, five and six and help out with girls’ games whenever possible!

When I’m not driving our four children round the countryside to various sporting activities, I love playing the piano and going for the occasional jog. Our annual trip to Spain is the highlight of my year!

Here are just a few of our awards from over the last few years.

Best of the Best

Named as 'Best of the Best' Prep School for Innovation by The Week! 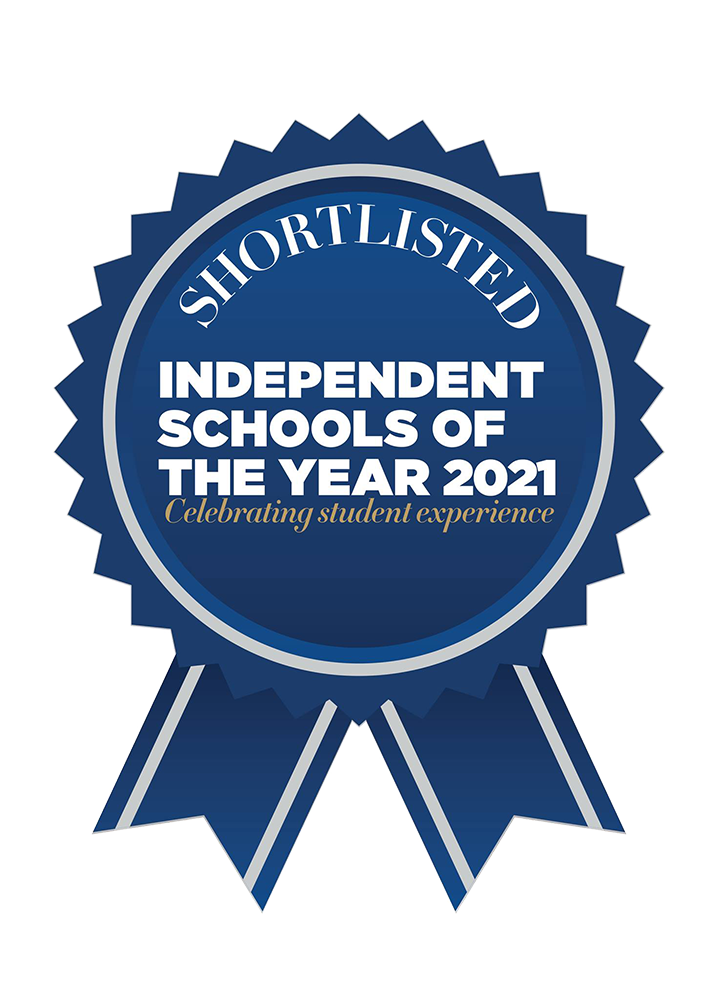 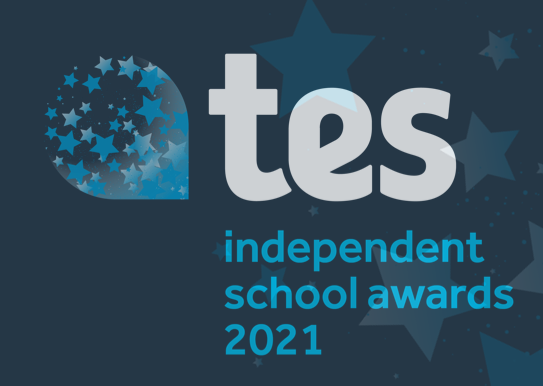 This award is for continued excellence. ‘It recognises more than academic achievement, but innovation, imagination and efforts to develop children in ways that go beyond the league tables’.

Shortlisted- Tes Prep School of the Year, Award for Wellbeing

The wellbeing initiative is specific to ways the school has improved mental health of the children during this period. This relates to the work of the community in the daily Radio and TV programmes during lockdown.

Shortlisted- TES Independent Schools of the Year, Award for Marketing.

View all our awards

What's Not to love?